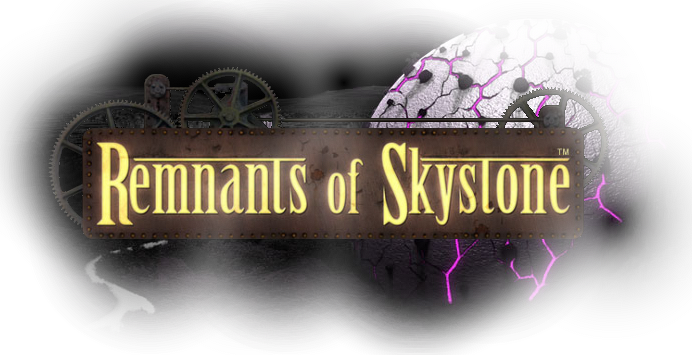 Remnants of Skystone was the first and only MMO game developed by Flipline Studios.

In Remnants of Skystone, players could have played as one of three distinct classes — the jetpack-wearing Aeronauts, the agile Ferrics, or the rope-swinging Crags — and explored areas on the Ground with 2D, side-scrolling, platforming gameplay. Main missions and quests were undertaken in single-player gameplay, and players teamed up with others in Co-op Trailblazing missions that changed weekly. Spoils from missions were used to decorate the players' personal housing called Floats. Players could have also visited the central floating city of Nidaria to meet up with other players, take on missions and quests, and shop for new clothing, furniture, or restoratives.

You can help out the Wiki by finishing any task outlined on the To Do List.

Or, If you wish to create a new article, type out the name of the article below.

Retrieved from "https://remnantsofskystone.fandom.com/wiki/Remnants_of_Skystone_Wiki?oldid=39272"
Community content is available under CC-BY-SA unless otherwise noted.